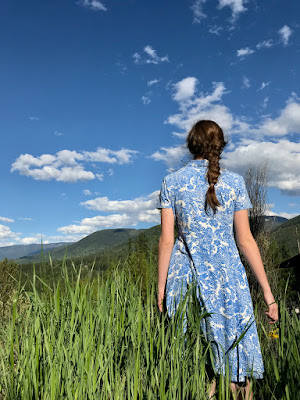 Today marks three months since we were sent home to "shelter in place." In some ways it has been a roller coaster, albeit a very quiet and slow-moving one. To embrace that analogy completely, this roller coaster has its moments of just gliding smoothly along in our little car of four, followed by plummets into the unknown where sheer panic overcomes me and I struggle to control my breathing so I don't have to huff into a paper bag. So many times in the week I remind myself of how fortunate we are. We both have jobs where we can continue to work and be paid from home. We have health coverage. We have the technology and the wifi to allow us to work at home, as well as plenty of space to set up two home offices. Make that FOUR home offices as the girls school from home. We are healthy, our families and friends are mostly healthy and continue to work. We do not suffer the effects of racism or dangerously ineffective political leadership. Medical advice comes from rational,
1 comment
Read more 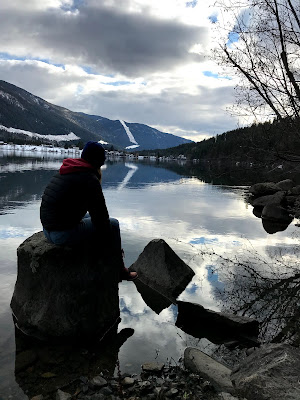 My daughter woke up the other morning and started telling me about this really strange dream she had about being forced to build a raft from random stuff in order to get around a city where the streets were made of water and there were babies everywhere that needed rescuing. Without batting an eyelash I told her I had a weird dream as well. I was grocery shopping in a quiet store where nobody looked at me and I had to stay far away from all the other people, who were wearing masks. When I got home I had to unpack the groceries on the deck outside, disinfect each item and lay it out to dry in the sun, then disinfect myself. I had to leave my shoes outside and come in to strip off, throw all my clothes in the washing machine and then get in the shower before I could touch anything in the house.  She kind of looked at me strangely and said she thought her dream was more interesting.  Her dream of course was a dream, while mine was the reality of that morning. It is Day 11 sinc
Post a Comment
Read more 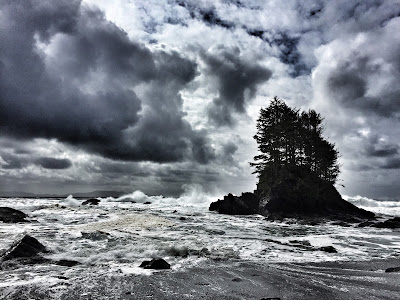 There is a place that has stuck with me for more than 20 years. Not once have I been able to return there, but I see it in my head as clearly as any spot in my world. It is an island off an island. Along its shore sits an abandoned lighthouse slowly falling into ruin, shingles beaten grey by the howling Atlantic winds, the smothering Fundy fog, the salt spray and the endless, unrelenting neglect of the years. I always wanted to go across the bay to that island, but it never happened. So I just sat on the back deck of my friend's place drinking cups of tea and gazing across the chop of waves to the island. I don't even know what it was called. This is really not a story of an island or a lighthouse, but that lighthouse seems forever linked in my mind with my friend. If it were not for her, I probably would never have seen it. Perhaps I would never have taken the rough little ferry across from Blacks Harbour to North Head, but because I knew a girl from Grand Manan, I had a rea
9 comments
Read more 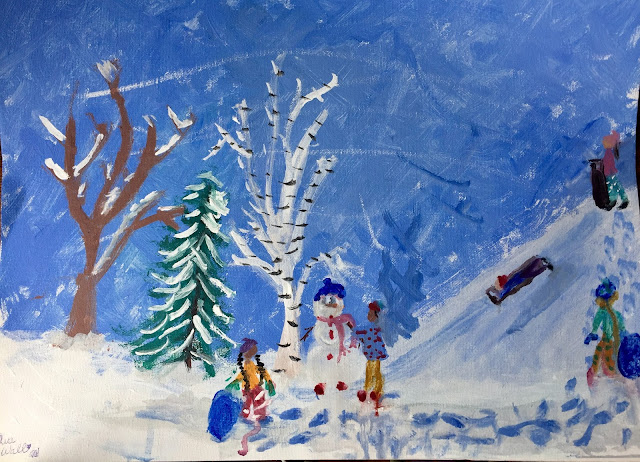 Sounds carry a lot of memory, and as a child there was no sweeter sound than howling wind and the scour of snow on the house on a school morning. You could almost tell by the pitch of the wind whether it would warrant a coveted "all schools closed" day. I would lie in bed as long as possible, listening to the wind and waiting for my parents to turn the radio on. The crackling old portable radio (queue the CFCY jingle) would announce the weather and any storm closures. We would rejoice to hear that schools across the Island were closed for the day, which was far superior to the "all schools will be delayed for an hour" announcement. Growing up on an Island, storms were serious business, with 100 km/hour winds and huge dumps of snow blowing around in it, resulting in complete whiteout conditions when the police would actually tell people to stay off the roads. I loved it. Every kid loved it. Getting stormstayed meant complete freedom, to read, play cards or yahtz
Post a Comment
Read more

I resolve never to make resolutions 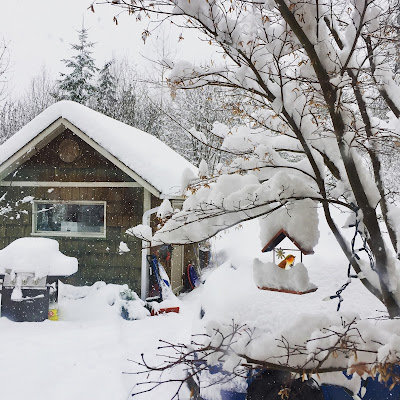 Let it be resolved that we will never again make New Year's resolutions based on what we saw in the flyers this week. It boggles my mind that every single January, the gurus of marketing ensure that all of the key words are hit in every advertorial, every flyer, every promotional email. You know the ones. Renew! Refresh! Detox! Organize! Purge! Declutter! Clean! New new new! New you, too! Ads for treadmills and magic bullets, miraculous shoe racks and plastic totes promise to make everything easier, cleaner, healthier, fresh and new. I actually find myself getting sucked into articles telling me how to detoxify with a shot of apple cider vinegar every morning and a cup of turmeric tea before bed, and nothing in between. So down the hatch with the vinegar. Drink that glass of water first thing in the morning, and follow it with ten minutes of meditation. Write down goals for the new year in a beautiful, pure white journal. But for heaven's sake do not call it a resolution,
8 comments
Read more

Blending in is overrated 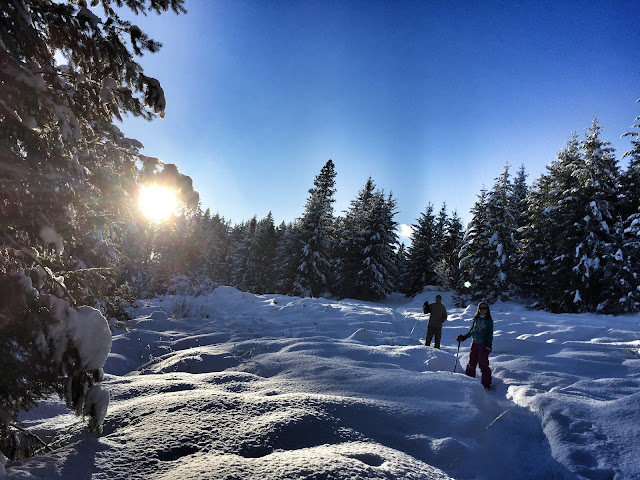 So, that year is over. Honestly, 2016 was not my favourite year from a news perspective, but then one of the promises I've made to myself is to read less news in the new year. Or at least to seek out legitimate news, which is a bit like finding gold ingot buried in the compost heap. In a personal sense, a year of upheaval has led us from the prairies to the mountains, to a place where it seems anything can and often does happen. Reflections on our new home place? It seems blessed with an endless supply of creative anachronism, and not just in the sense that yes, some people actually dress as though they exist in a whole different century, or reality. There is a sense of optimism here, despite the proliferation of homelessness and addiction that also seems to exist. It is a place a bit outside of time, where conscientious objectors live happily alongside excruciatingly cheery Australian ski buffs, stores have "sliding scale" pricing and focus hard on natural, organi
5 comments
Read more

How to survive (and love) summer vacations with kids 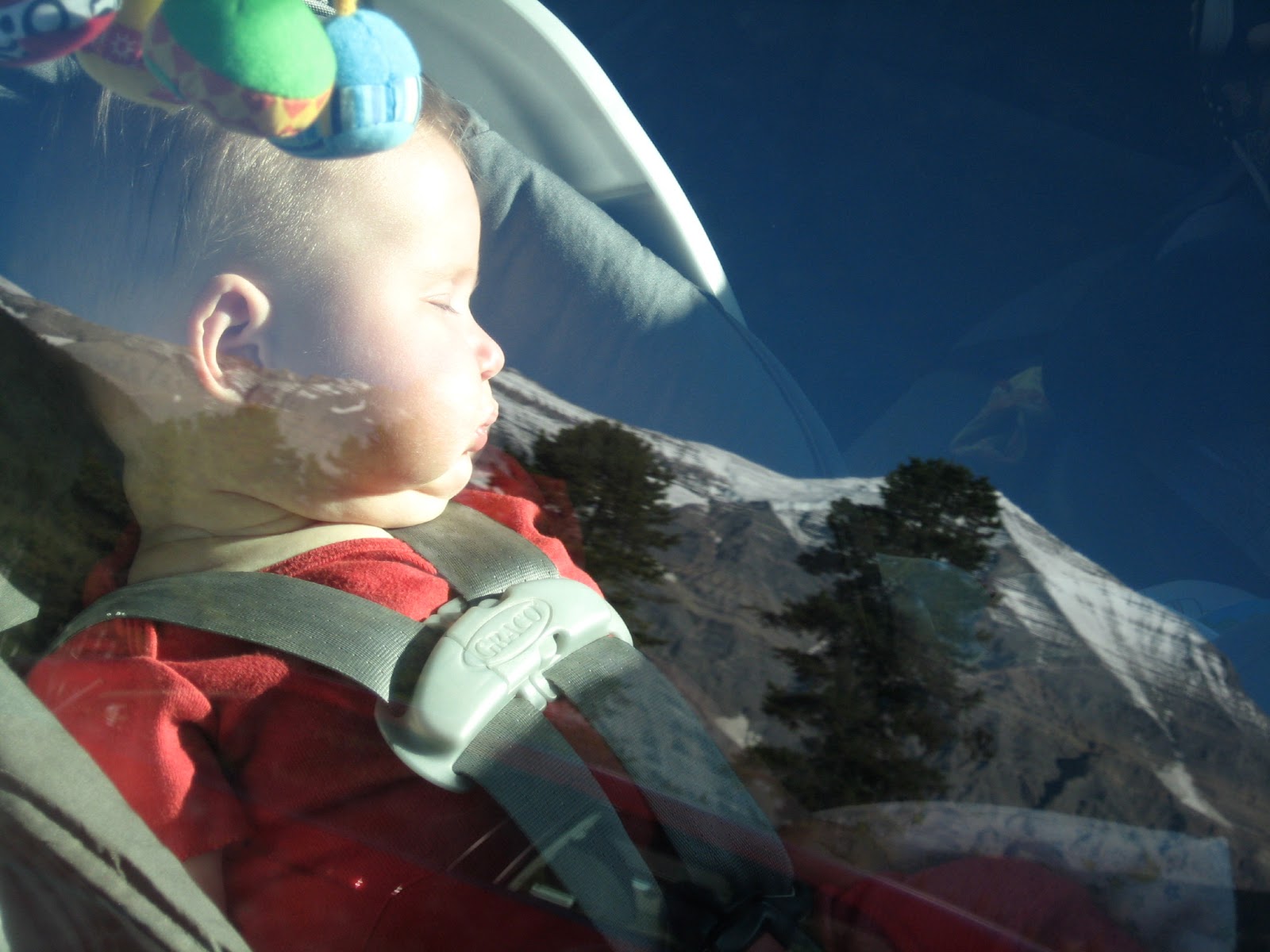 Ava's very first road trip. That's Mount Robson reflected, and she is SO excited. Remember road trips with your family as a kid? I do. It was always very exciting except for the part where my dad made us get out of bed at 4 a.m. so we could be in line for the first ferry in the morning. Yup, the joy of living on an Island in those days (pre-Confed Bridge) was having to wait in line for the 6 a.m. ferry to the mainland. Yeesh. Anyhow, we rarely travelled all that far, maybe to Lunenburg to see the boats, or Cocagne for the boat races (see a boat theme here?), or even to Cape Breton to do the Cabot Trail. My husband remembers driving from British Columbia to Manitoba every summer. He claims his dad told them to go to the bathroom at home 'cause they weren't stopping again until Manitoba. Now that we have our own children we know the frustration of having a small but demanding voice coming from the backseat every half-hour, "I have to peeee
1 comment
Read more
More posts